Between history, art and… melodrama

This small town lies halfway between Pescia and Buggiano, and has got its borgo, Uzzano Castello, perched on the hill covered by olive trees. 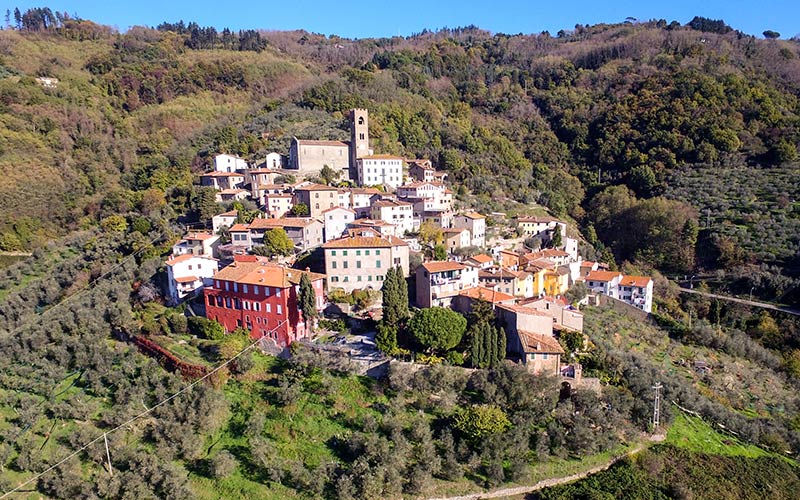 The main square is overlooked by the imposing, large Palazzo del Capitano del Popolo, the seat of the governor in medieval times, which has a borad loggia on the ground floor resting on strong pillars and a series of onelight windows on the upper floors, housing a relevant archive.

Further into the town we come to the Parish church of San Jacopo & Martino, a Romanesque building dating back to the XI century. It has a single nave, a beautiful gabled façade with a fake loggia and an elegant rose window built with typical Prato marble (white and green are the colors for Tuscan Romanesque). To the right one can see the bell tower, with two light windows on top. The austere interior contains several works of art, including a 13th century marble holy water stoup, a sculpture of St. Anthony Abbott, made by one of the Della Robbia artists, within the family. There are also many frescoes between 16th and 18th century, as well as one may notice other important religious buildings, such the Oratory of Madonna del Canale is, built on the 17th century, or the Oratory of Sant’Antonio da Padova, with a very delicate baroque taste. 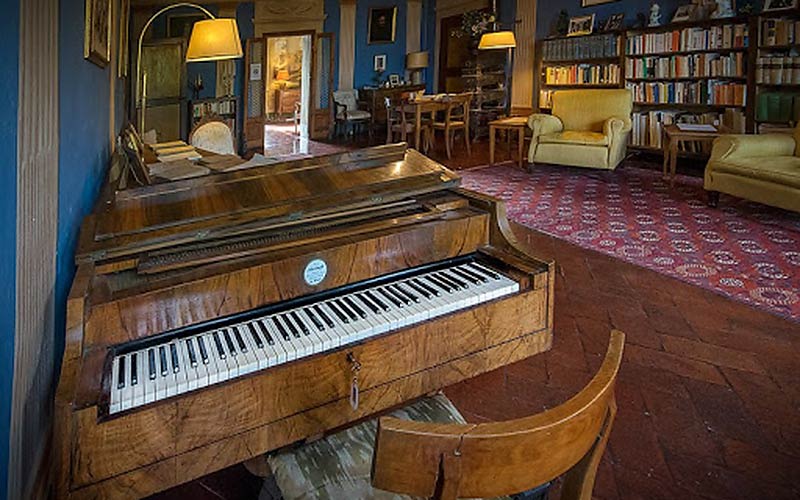 Giacomo Puccini, the world famous opera composer, lived in Uzzano for some months, and here composed the second and third act of the reknown Boheme opera.

In the nearby village of Costa, the Romanesque church of San Bartolomeo and Silvestro has remarkable fresco fragments dating from the 15th century. In the county of Sant’Allucio there used to be a TAU pilgrims hospital, very well known during the High Middle Age, while Sant Allucio is the Protector of the Diocesis: he operated many miracles right in the original hospital, then acquired by the tau friars and then destroyed afterwards. del XIII sec.