The capital of Art Nouveau style, spas and nature...

This charming town reconfirms its role as the capital of thermal treatments and spas, where a vacation can be spent in total relaxation to recover full well-being. Flourishing green parks, thermal establishments fully equipped with state-of-the-art technological facilities, a long-dated reception tradition: a whole set of win-win solutions able to guarantee visitors a most pleasant stay.

Montecatini Terme is the capital of Art Nouveau, of spas and nature, a town where is possible to live the magical atmosphere of the belle époque and visit historical socialite locales and the thermal establishments frescoed and decorated after the Art Nouveau style.

The town was founded by the will of the Grand Duke Pietro Leopoldo d’Asburgo Lorena for its natural thermal characteristics. Montecatini lives a particularly happy period between the end of the nineteenth century and the first thirty years of the twentieth century, becoming a place of attraction for an international public and hosting world-famous artists like Giuseppe Verdi, Ruggero Leoncavallo, Pietro Mascagni, Giacomo Puccini who benefited from the beneficial effects of thermal treatments. 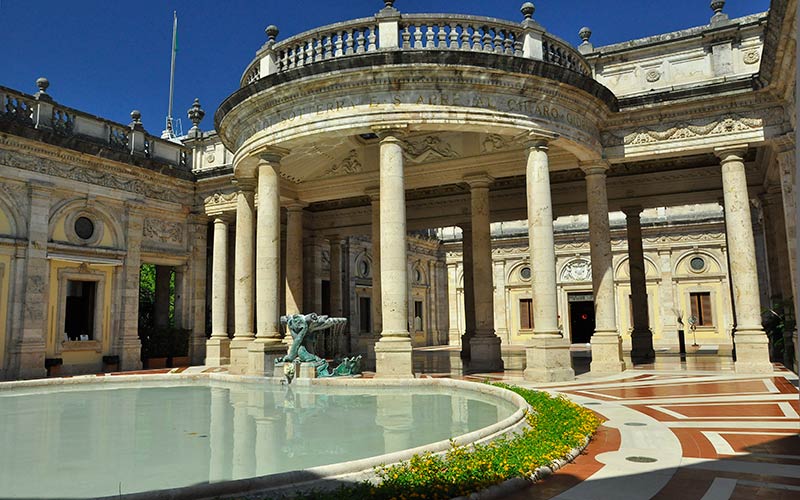 The city is characterized by countless parks and green spaces where you can stroll and enjoy a relaxing and culturally rich atmosphere. In fact, you can admire many Art Nouveau buildings, characterized by a refined harmony of shapes, in addition to the wonderful architecture of the spas. One of them is the grandiose complex of Terme Tettuccio, the highest expression of the city’s thermal architecture. The building was conceived as a scenic backdrop and was built between 1779 and 1781. The monumental forms in travertine recall the models of Roman baths in a style between the eclectic and the neo-Renaissance. 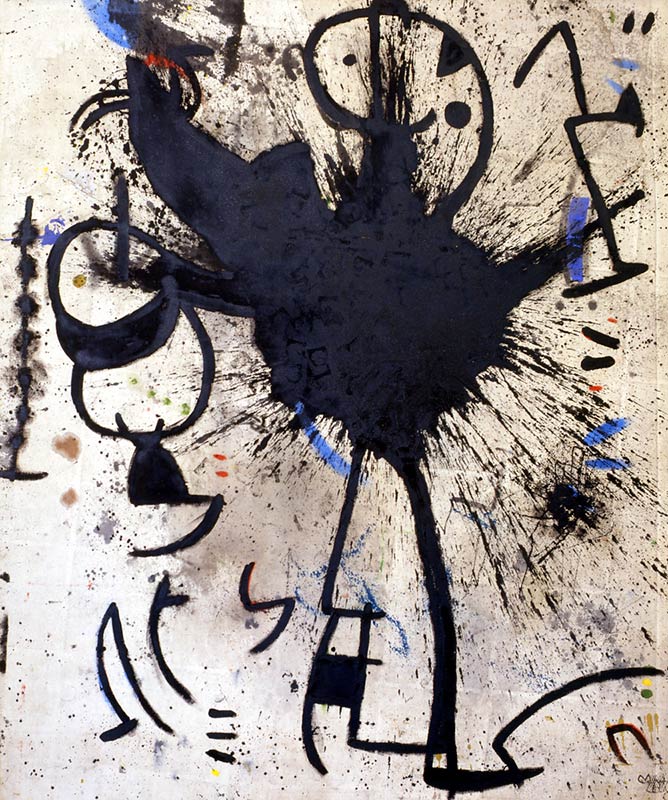 Furthermore, since 2012, the artistic and cultural offer has expanded since the birth of the city’s first Civic Gallery: the MO.C.A. (Montecatini Contemporary Art) within which it is possible to admire works of international importance such as the monumental and imposing painting by Joan Mirò “Woman wrapped in a flight of birds” made between 1975 and 1978 and donated by the artist to the city. 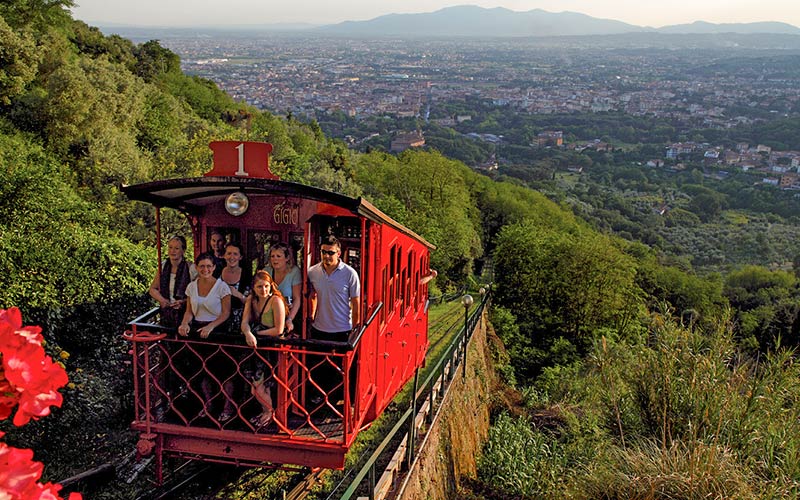 The historic center of Montecatini sits on top of a hill, at an altitude of 290 meters. The enchanting uptown looks out over the entire valley below, offering breathtaking panoramas of the Valdinievole. 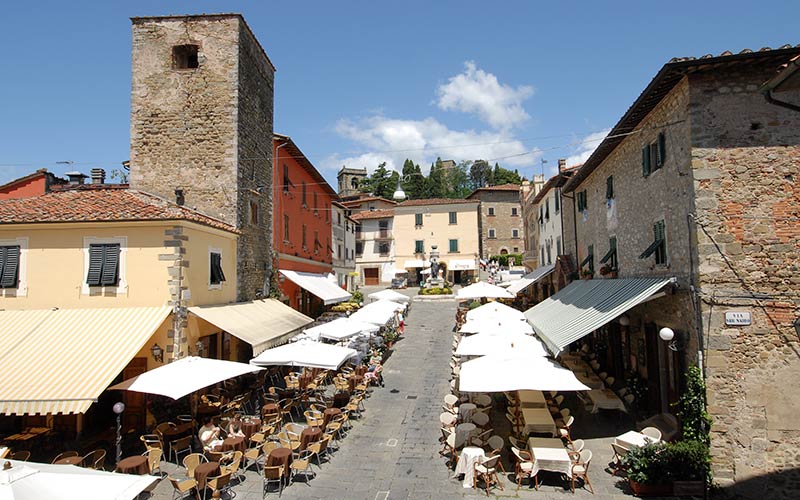 It can be easily reached in just ten minutes from Montecatini Terme by car, or on foot by walking along the so-called ‘short’ road, an old path that winds up to the top of the hill. The uptown stretches over two hills: one is dominated by the ancient Rock of the Old Castle (also known as the Tramontana Castle), the Church of Saint Peter and the Bell Tower; and the other is characterized by the core of buildings made up of the Tower of the New Castle (also known as the Clock Tower) and the Church of Carmine, in which a painting dating back to 1595 depicting the Martyrdom of Saint Sebastiano can be found. In the background of this beautiful painting, a view of the town and its surrounding lands of that epoch can be admired.

In the past, Montecatini Alto was surrounded by bulwarks that could be accessed through eight gates. Today, only one gate is still intact – Porta di Borgo- alongside the Church and Monastery of Benedictine nuns of Saint Maria a Ripa. A stroll around the ancient walls, a stop in front of poet Giuseppe Giusti’s home, or the house of Ser Ugolino Caccini, the first to celebrate Montecatini’s thermal waters; a walk to the main square towered by the Teatro dei Risorti and its original Art Nouveau décor; to browse around craftsshops and taste delicious local food prepared in the typical restaurants: these are just some suggestions on how to savor Montecatini Alto and bring home the memories of a sweet, relaxing land.