The villages of this scattered municipality stretch from the foothills of the Apennines to the edge of the Padule di Fucecchio. Formerly they were separate, forst documented in roman tiomes and then from the 11th century onwards. For centuries they remained under the control of Lucca and were involved in Lucca’s struggles with Pisa and Florence. In 1339 they came under Florentine rule, but lasted independent until the early XIX century, when they were temporarily annexed to Buggiano. 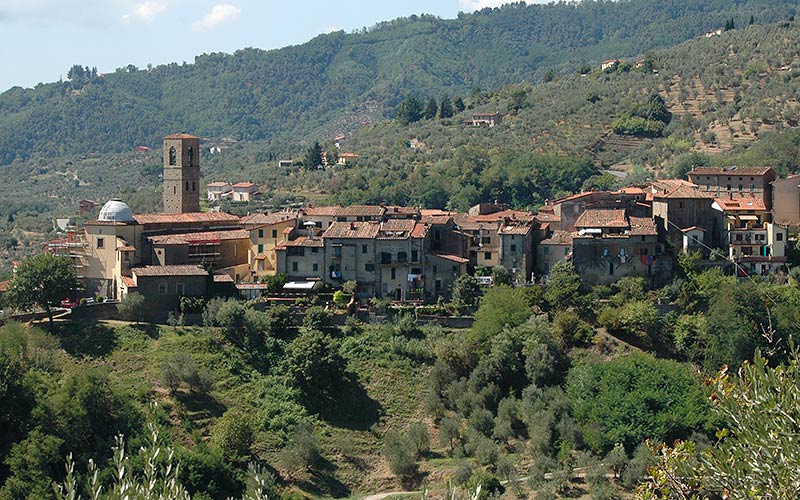 Massa, the main town, started as a rural settlement since the IIIrd century AD, and it still looks like a a medieval fortified town today: there used to be three gates gracing its walls, but only Porta Fontana is now visible, looking towards West, and the XIV century Porta ai Campi, facing south and opening on the main square, Piazza Cavour, where the Romanesque parish church of Santa Maria Assunta with its XVI century façade, has a fine 11th century bell tower, also altered in the 16th century. 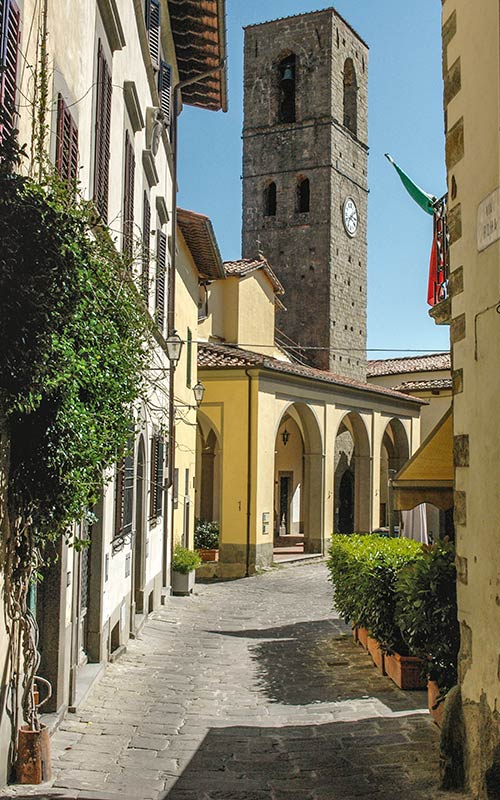 The renaissance interior features a fine Crucifix dating back to XV century. The medieval Via Roma leads from the square to Piazza Matteotti, which has been the centre of the tiny citadel since it was founded. On the north side of the square stands the 13th century Loggia del Podestà, where the governor used to stay, showing the coats-of-arms of noble families throughout the history of this town.

Cozzile is dominated by Palazzo de Gubernatis, a 19th century restoration of the original medieval castle: walking up from Porta Levante it’s just a short distance from the church of San Jacopo, rebuilt on the XVI century. Porta Nuova is a photographers stargate, since it really gives ond of the best views over the valley. 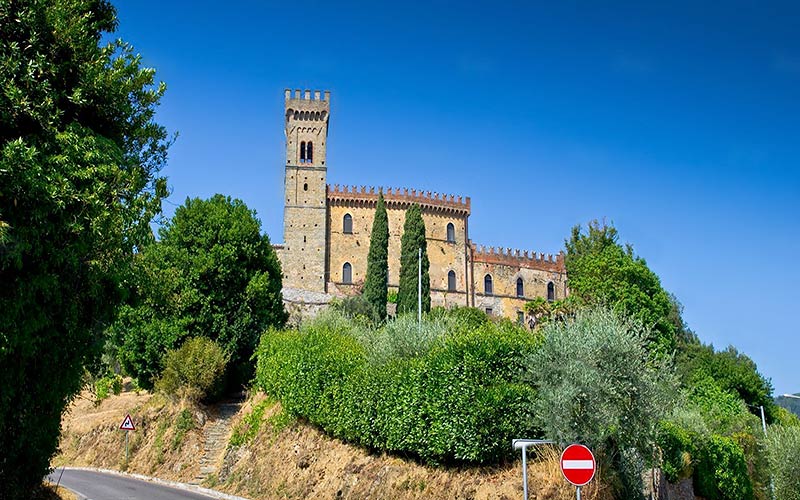 Notables: leaving Cozzile from “Croci” there is the sanctuary of the Beata Vergine del Carmelo, near the ruins of Verruca Castle, destroyed in the 13th century by Massa.