From the dream of Art Nouveau to the contemporary

From the dream of Art Nouveau to the contemporary

Spring: this is the subject that Galileo Chini depicts in his work shown here, realized by this great Florentine artist for the 11th edition of the Venice Biennial. That sentiment of rebirth, of discovery, what the season that follows winter brings us every year, together with an explosion of the senses: the perfumes of flowers, colours that light up, everything suddenly is inflamed, in an almost dreamlike way.

This is the dream that guided many artists in that enchanted era which, in Italy, became known as Liberty Art (after the name of an important English furniture and accessory manufacturer) but in English was and is known as Art Nouveau; Galileo Chini was its most important artist and its most important centre was Montecatini Terme.

A town, which lived a dream – that of the Belle Époque – and that made artists, musicians, writers, monarchs, dream: they wanted to immerse themselves in that ‘unreal’ reality made up of melodrama, operettas, café chantants and casinos, ballrooms, art exhibitions, theatre.
Moreover, the town dressed itself in art in order to welcome that world.

A dream that was renewed in the 1950’s when it found its home once again in Montecatini and in Valdinievole, creating new ideas for architects and even for directors who created and collocated their work here.

The Tradition of Taste

Nature to be enjoyed

The sweet life in Valdinievole

So many sweet things to do in Valdinievole 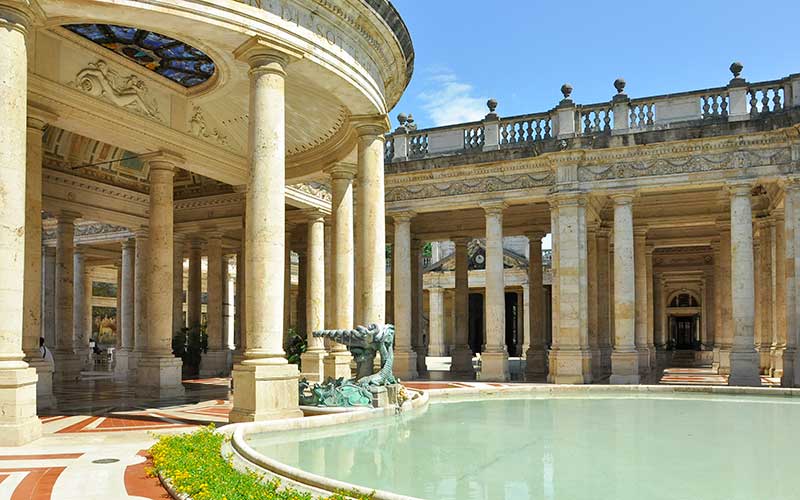 Tuscany is an open-air museum, capable of offering a repertory of works of art and architecture during every period of time. Montecatini Terme and Valdinievole represent – out of that ideal gallery – the part which is relative to the period between the end of the 19th century and the beginning of the 20th century: a season that, starting from Neoclassical taste went on to Eclecticism and then, in the climate of the Belle Époque, on to Art Nouveau.

This is the first golden period for Montecatini when artists, writers, musicians chose this thermal town as their selected place of work: Giuseppe Verdi, Giacomo Puccini (both honoured in two bronze statues), Ruggero Leoncavallo all stayed and worked here, in an urban scene that offered – apart from the historic Leopoldine Thermal Baths – the large, international hotels, the Excelsior establishments, the Tamerici and Tettuccio Spas.

Here, art and architecture blended together, representing at their very best that artistic climate where there was no sense of continuity between an architectural project, a drawing of a frieze, of a decorative device, of a fresco, of a publicity slogan. It was the same in the great capital cities of Art Nouveau and the Jugendstil (diverse names that were given this period in different languages including Liberty in Italian), such as Brussels and Vienna, and on a different scale, in Montecatini. 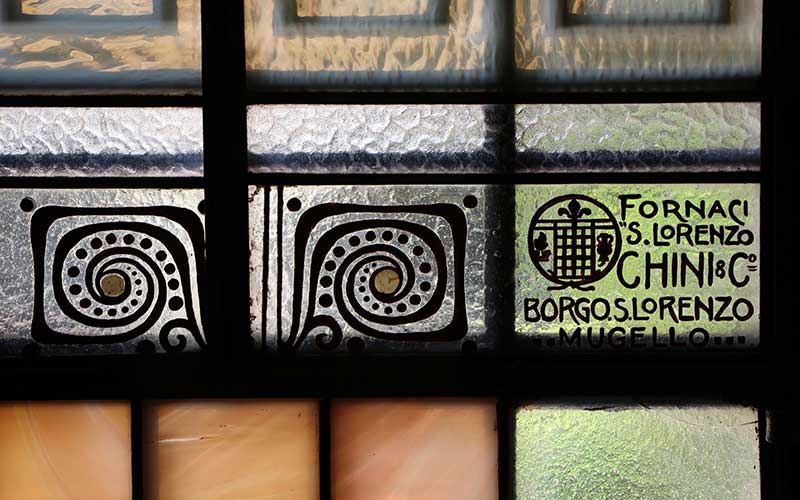 Painter, graphic designer, potter, founder in Florence of one of the most important artistic productions of the times, decorated the rooms of the Venice Biennial from 1904 to 1913, did the scenography for Sam Benelli’s works, and created scenic designs and sketches for Giacomo Puccini. His fame took him to Bangkok in 1910 to decorate the king’s throne room.

One of the leading artists in this magnificent period was the Florentine artist, Galileo Chini. Here, he worked in the Pavilion for the sale of Tameric Salts, at the spa of the same name, at the festival hall in the Grand Hotel La Pace, at the Palazzo Comunale. He worked in paintings, decorations, glass panes and skylights, floorings, ceramic panels and stoneware.

It is easy to breath the Belle Époque atmosphere in the Terme del Tettuccio – the Tettuccio Spa – a wonderful piece of architecture created in 1916 by Ugo Giovannozzi, who wanted to evoke the beauty of the antique Roman baths by means of columns, courtyards, galleries, fountains, all richly decorated, amongst which are the gallery of wine bars with seven allegorical panels, painted by Basilio Cascella, the platform for the musicians with the dome painted by Ezio Giovannozzi, the hall of the Post Office, the historic Café.

This magical atmosphere can also be found in the Excelsior Spa with its two side exedras closed in by artistic glass panels spaced out by Corinthian columns; at the Tamerici Spa, which was the typical expression of Eclecticism of the period which joined together the Tuscan Renaissance, the Venetian Moorish style, the Middle Ages (with turrets, crenellation, arches and coat-of-arms) and finally, in the facade of the Kursaal, built in 1907 as the “Temple of the Operetta and of High Society”, which later became a casino, a cinema/theatre, an exhibition hall, and a large ballroom. 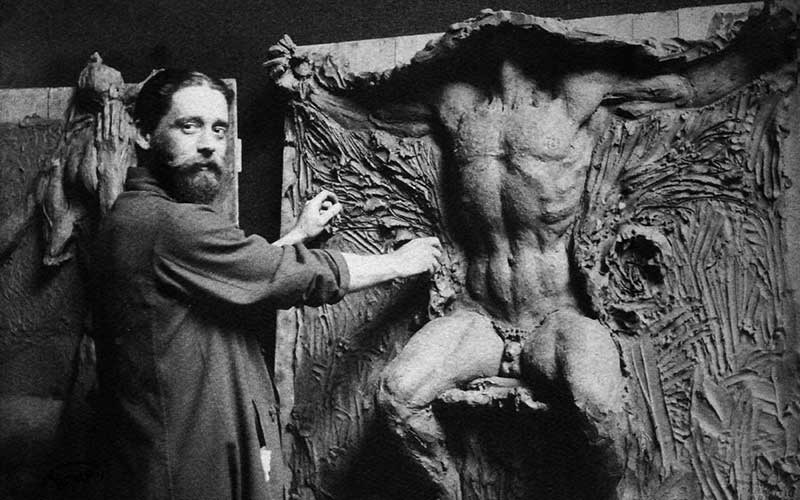 This sculptor, illustrator and potter was born in Pescia in 1875 into a family of modest means but his talent soon became evident. He worked as an illustrator in Palermo, as a potter in Florence, as a sculptor in Milan, and wherever he went, he was always at the heart of cultural discussions. He exhibited in Venice, Paris, and Stockholm. In his later years, he lived in Florence where he died in 1933.

But great art of the 20th century can also be found in other places of the Valdinievole area.

Pescia offers its visitors a collection of 200 plasters made by the sculptor Libero Andreotti, which came directly from his studio (thanks to his family’s generous donation), a rare example of a collection that succeeds in describing the entire life of an artist. The Libero Andreotti Plaster Cast Gallery, set out over three floors of the ‘Palagio del Podestà’ pays homage to the great artist and to the town where he was born. 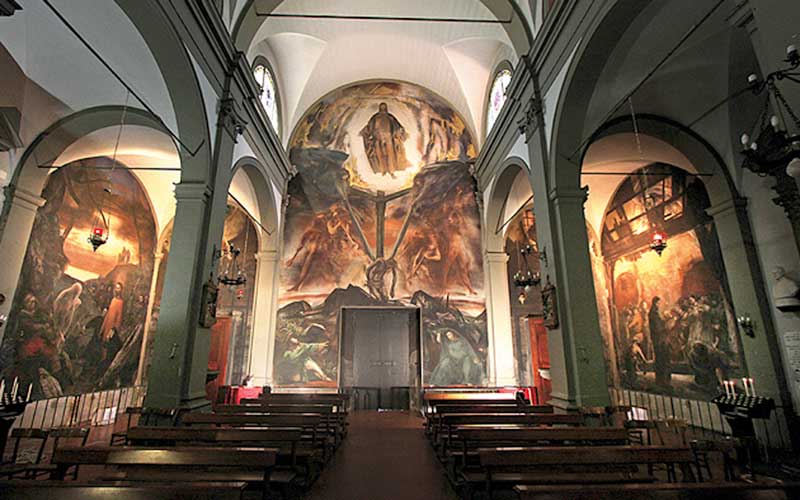 This Florentine maestro, of international fame and a great expert in the art of frescoes, began his work at the Sanctuary of the “Madonna del Buon Consiglio” at Ponte Buggianese in 1967, realizing a cycle of works inspired by the New Testament. In 1978, the Ministry of Cultural Heritage confirmed the sanctuary’s artistic importance.

Once again in Pescia, and in particular in Collodi, in 1956 the concept of a “garden artist” was born, for the first time in Tuscany, offering the works of masters like Venturino Venturi, Emilio Greco, Pietro Consagra, the designer Marco Zanuso, and the landscape architect Pietro Porcinai, who all interpreted the world of Pinocchio in the park of the same name.

Monsummano Terme is home to the Museum of Contemporary and 20th century Art, a rich collection donated by artists and collectors, with works by Vinicio Berti, Ferdinando Chevrier, Marcello Guasti, Quinto Martini, Jorio Vivarelli, Pietro Annigoni. The latter created, at Ponte Buggianese, an important cycle of frescoes between 1967 and 1984, which may surprise the viewer due to their intense visual power. 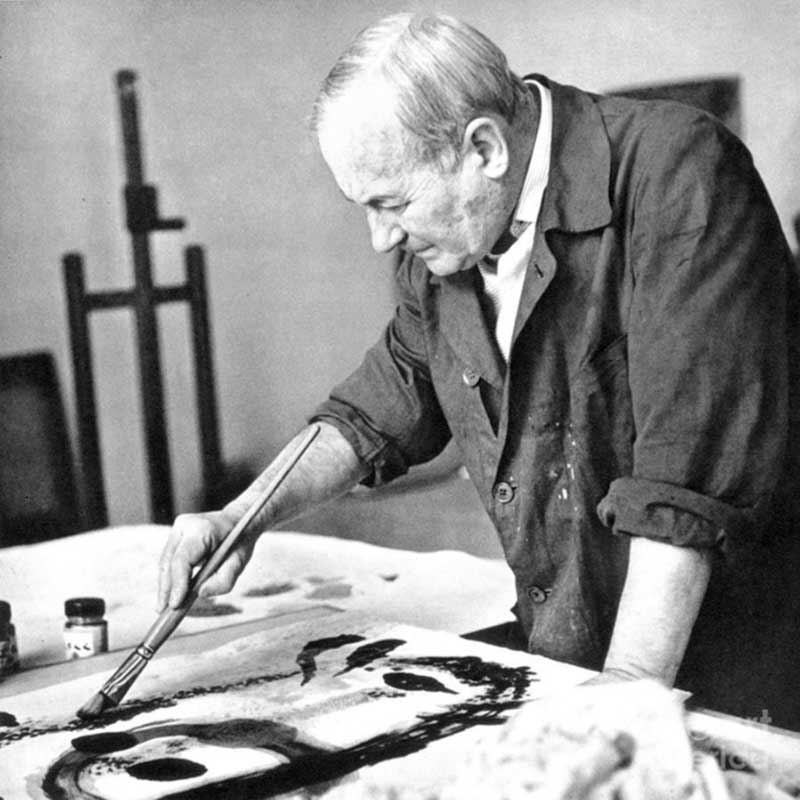 The Gift of Joan Mirò

Since 2012, the Palazzo Comunale – the Town Hall – of Montecatini has held the Mo.C.A., an exhibition dedicated to modern and contemporary art and which is also the seat of temporary exhibitions. Situated in the space of the Postal Service, decorated by Galileo Chini, it has in its collection of 20th century art, ‘maestri’ such as  Orfeo Tamburi, Sergio Scatizzi, Salvatore Fiume, Pietro Annigoni.
Joan Mirò is also present in the collection with his large canvas entitled “Woman Encircled by the Flight of a Bird”, exhibited in Montecatini Terme on the occasion of the 1980 exhibition dedicated to him, the “Mayo  Mirò” exhibition, looked after by Carlos Franqui, a great friend of his. The maestro, emotionally and sentimentally very close to Montecatini , could not attend due to old age, but his link to the town was sealed by his giving this imposing work to the town which since then, has been a part of the communal collection.